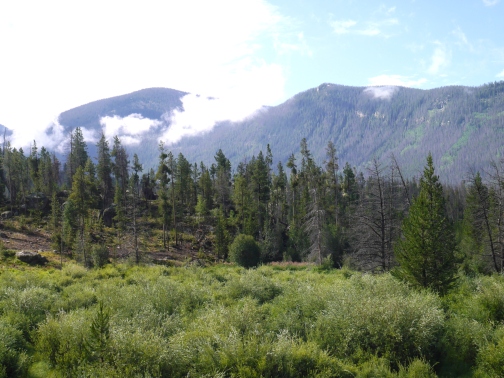 One day while at Grand Lake, Kaitlin, Kevin, Gene, and I hiked to Cascade Falls. It’s about a three mile hike to the falls and there are some lovely views along the way.

Not too far into our hike we ran into two moose. There were a few other people with us who decided it was a good idea to get closer to the creatures. One of the moose ended up charging at us but thankfully no one got hurt. It was quite the experience though, I didn’t really know what was going on so I just ran a ways and stopped. Next time I’ll run until I’m behind a tree, to be on the safe side.

We continued on the hike after a while and made it to the falls. It was fun to go exploring and climb out on the rocks. Kevin went the furthest I think. Gene tried to put our water bottles in the water but they would start to float away so he had to give up. 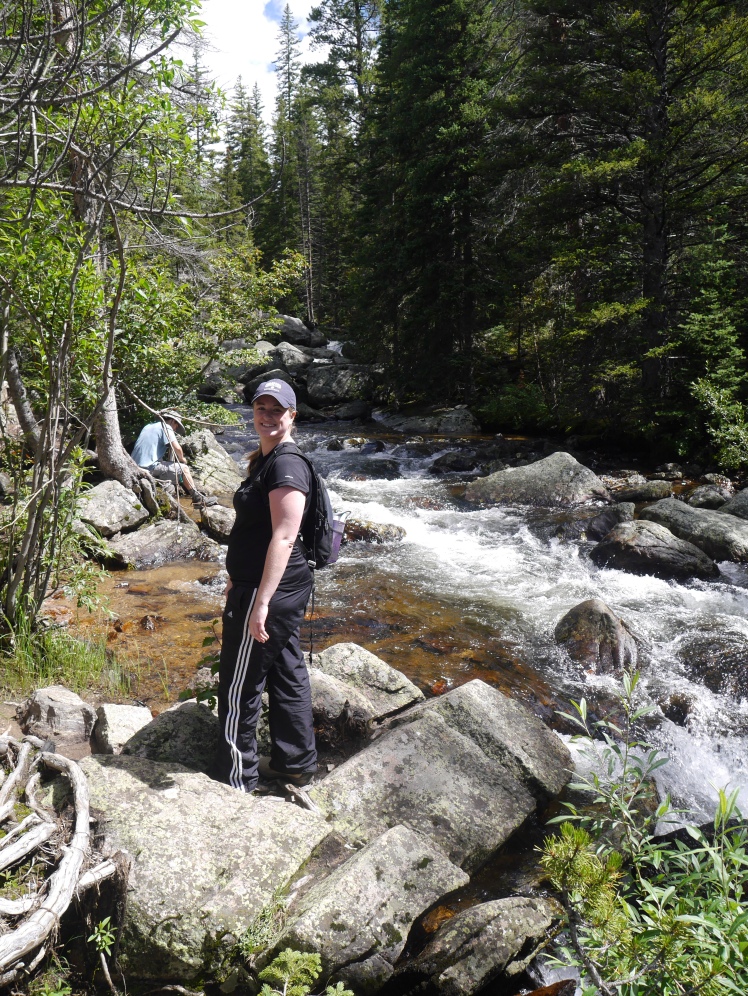 There were two areas you could explore by the falls, the upper section and the lower section. The upper section (seen above) had much better views but it was quite loud. We ended up having some snacks in the lower area before heading back to try to avoid the normal afternoon rainstorms. 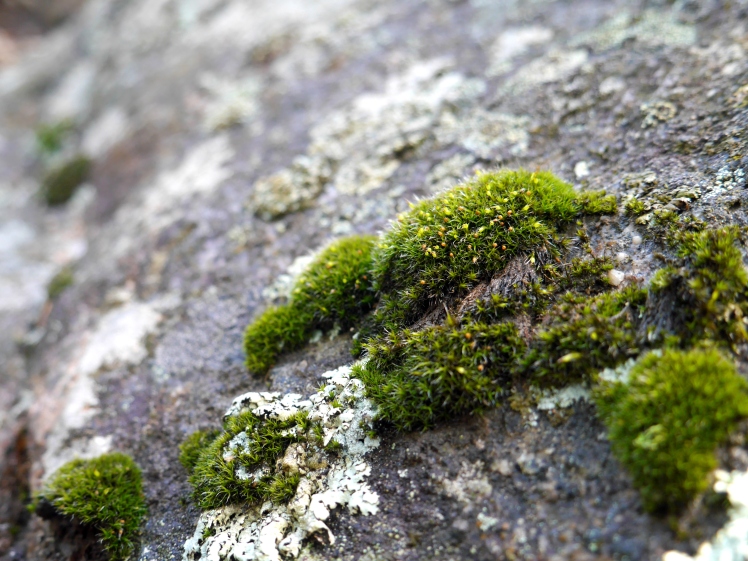 I really like moss on rocks and on the ground. I didn’t take nearly enough moss pictures on this trip so I’m glad I at least got one.

Lovely aspen trees right off the trail. It was a pretty nice day that day, great day for hiking. We made it out without really getting rained on. Towards the end of the hike we saw a deer. I tried taking pictures of Gene “holding” it and “squeezing” it, you can see my results below. Yet again my camera caused issues with me not knowing how to focus on the whole area and not just one specific section. Oh well, it was fun to try!

You can kind of see the deer in both pictures. It was also difficult because the deer was moving the whole time and I was trying to stay quiet, so there were a lot of distractions. I’ll need practice with an inanimate object next time!

One thought on “Grand Lake Part 2”