I promise, this is the last Grand Lake post! I know it’s been two full weeks since I’ve been back but we did some fun stuff that I want to talk about!

I didn’t just go hiking while I was up there. I also spent time in the house we stayed at and in the town. One thing that we really got into was playing Dominion. Dominion is a card building game that I had only played once before at Kaitlin and Kevin’s. It was a lot of fun to play and to experience all of the different ways I could be beat. Hehe. I won once though, so that counts for something! There are many different types of cards so the game doesn’t get boring. There are even expansions you can by for the day it finally does get boring. 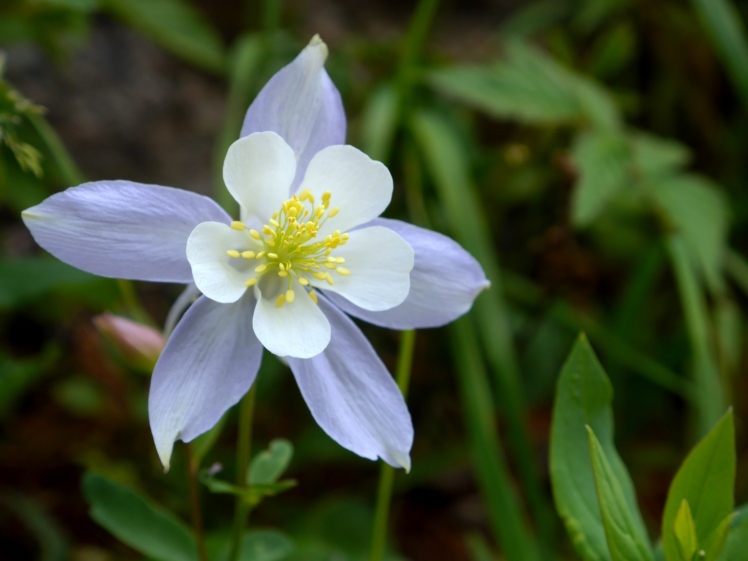 One day while we were in Grand Lake we went to a little craft fair where I bought some cinammon covered almonds and pecans. They were fresh and warm and oh so delicious. There were a few interesting booths but I didn’t buy anything else (too expensive). We then headed into a book sale where all books were 5 cents. I guess the citizens of Grand Lake don’t lack for money! I ended up buying a book of poems titled The Book of Humorous Verse. Gene had found it and started reading some of the poems out loud. They were quite funny to me that I figured for 5 cents I could afford to buy the whole book. Here’s a short poem that I found kind of funny

Before a Turkish town
The Russians came.
And with huge cannon
Did bombard the same.

They got up close
And rained fat bombshells down,
And blew out every
Vowel in the town.

And then the Turks,
Becoming somewhat sad,
Surrendered every
Consonant they had.

Throughout the rest of the vacation, Gene and I would read poems we found. It was a pleasant past time. 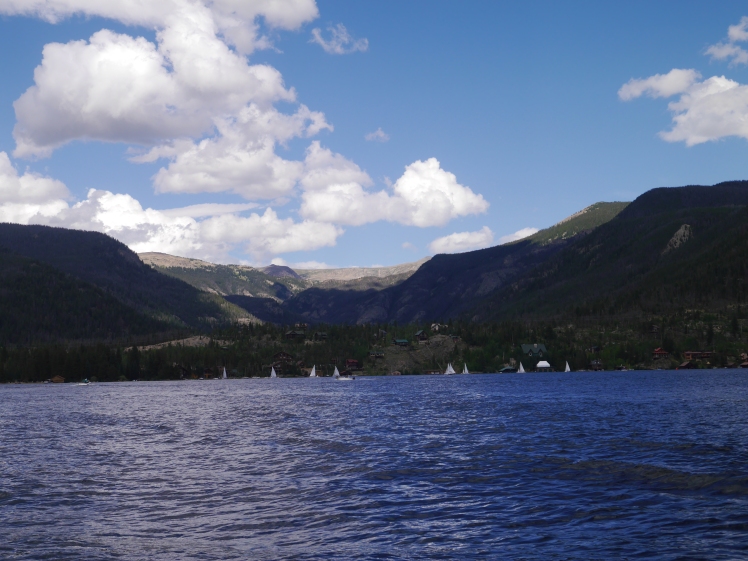 Another day in Grand Lake, we played croquet. Kaitlin had given Kevin a set as a present and he brought up to the mountains with him. It was fun, although I did end up losing. I don’t remember the last time I played croquet before that, it’s been years. Yet again I was reminded how I’m not that great at sports, no matter the skill level. I did improve throughout the game though.

Towards the end of the week we rented a boat and cruised around Grand Lake for two hours. That was a lot of fun because we got to relax, have a few snacks, enjoy the scenery, and watch a sailboat race. I have never been on a sailboat before but it looks pretty tough to steer one. Perhaps one day I’ll get to experience it! 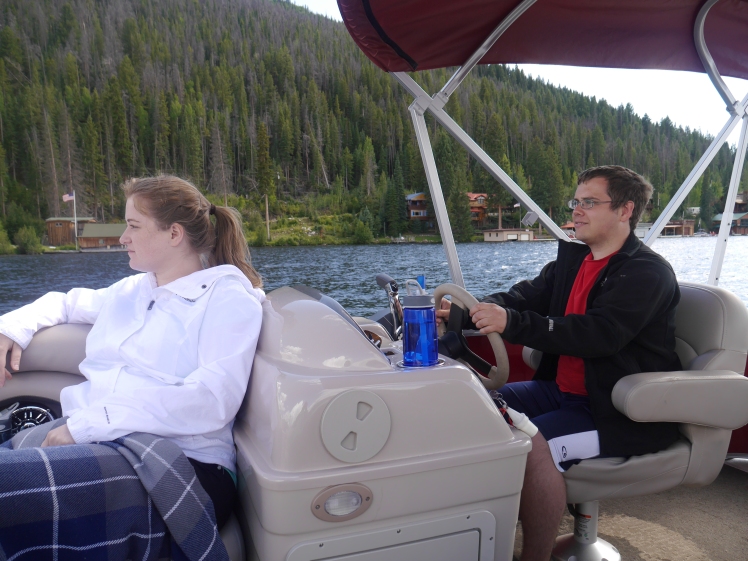 We also tried finding an eagle that we had seen earlier but had no luck. Both Kevin and Kaitlin drove the boat for a while and my dad took a break. Towards the end of our time, Kevin was courageous  enough to jump into the very cold water and swim around for a bit. I couldn’t even put my whole foot in the water, it was just too cold. Did you know that Grand Lake is supposedly the largest natural lake in Colorado? I find it a bit odd to be honest, but I suppose it could be true. 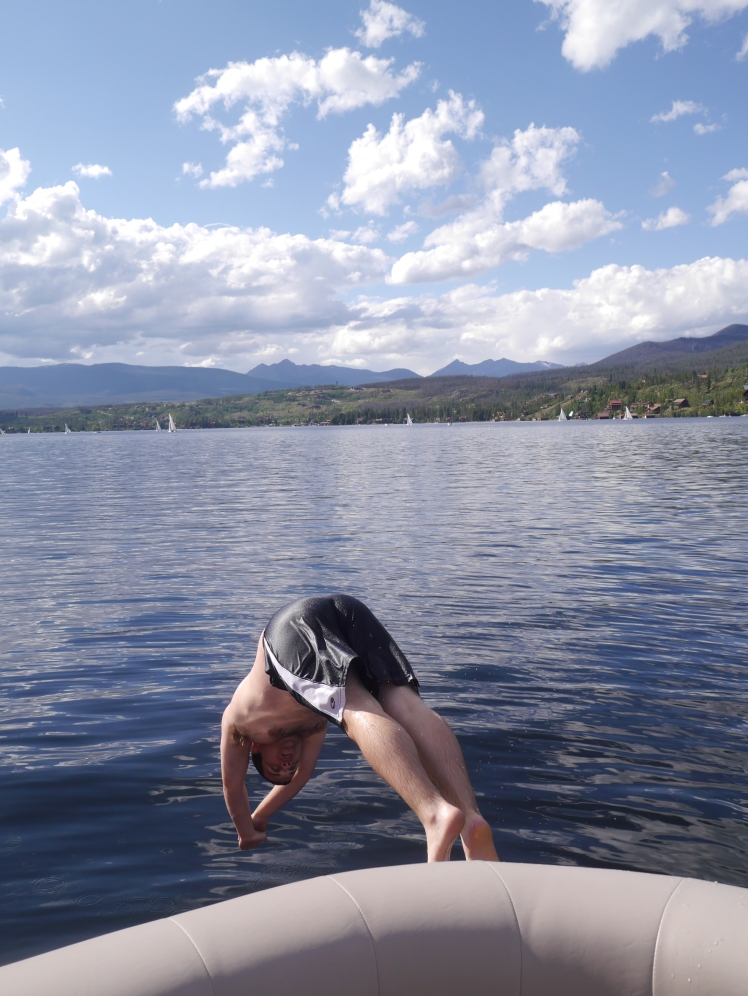 Throughout the week I gave my dad the photos I had taken and he chose some to manipulate with his good photo software. You can definitely tell the difference between the two photos below. Doesn’t the top one look great?! He did such a wonderful job. 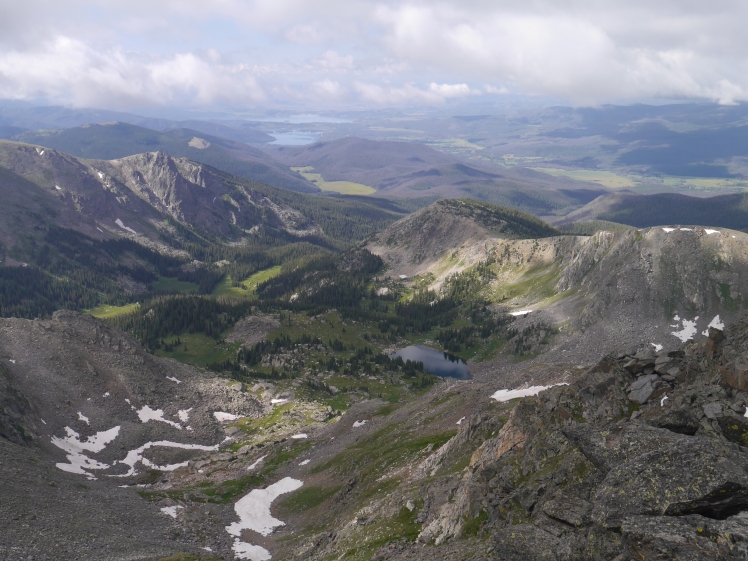 It was a relaxing, full, fun time. We had good food, good company, and good times. I think the next Carr family vacation we’ll be ready to explore a new area! So if you have an idea, let me know.