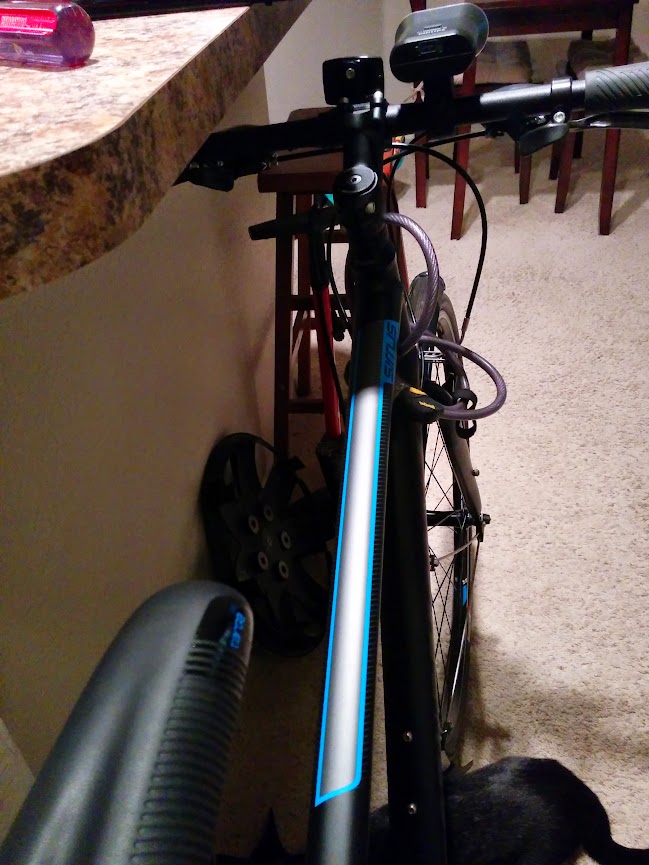 Gene bought a new bike yesterday. If I had any sway in the matter, he would have bought one a year ago, but he was frugal and kept chugging along on a mountain bike that was past its prime by a few years.

But after having to purchase new tires, new tubes (a couple of times), and “borrow” my bike’s seat because his fell off, Gene finally took the time to try out a few bikes and buy one. Yay Gene, I am happy for you.

Not only does this bike look so much nicer (look how sleek it is), it is also much faster. I’m sure it’s lighter too, although I haven’t asked Gene that yet. I just like how it’s blue.

You can see Pippin in the bottom right of the photo, he was interested in the bike too (not really, he wanted to go outside, but I can pretend). I’ll take a picture of Pippin one of these days, but Gene does it often enough that you can see his photo album for loads of cute pictures.

One thought on “New bike”