For the past four days, Lydia visited us. She landed in Denver Friday afternoon and left yesterday morning. Our days were packed with fun and adventure, which meant I had no time to write blog posts.

Friday evening we drove down to Colorado Springs and spent time with my parents through Sunday afternoon.

On Saturday we went to the Cheyenne Mountain Zoo. My first visit there, I had a great time. The layout of the zoo was impressive, it was basically a circle so that you didn’t have too much back tracking. I loved how many shows and interactive experiences there were. We watched an elephant be examined to ensure it was healthy, we watched people feed another elephant, we saw a barn owl being trained, and I personally fed a giraffe! I can’t believe I actually did it, it was an interesting (and slightly scary) experience. My parents surprised me by buying some lettuce from the zoo. I wasn’t very prepared, however, and when the giraffe’s huge head came near me, I gave him the whole bunch. It was fun and I’d like to do it again, but next time I’ll stay more calm.

Not only is the zoo a cool place to go to see animals, but it has a great view of Colorado Springs. The zoo is up on Cheyenne Mountain, so it’s higher than everything else. This does result in a bit of hill climbing and stairs, but we went at a slow enough pace that I didn’t have any problems.

There was one super cool animal that I saw that I was not expecting: Pallas cats! Sidney and Elisabeth had sent me YouTube videos of these interesting cats a few months ago, so when we passed by their exhibit I couldn’t believe it! It was hard to see them through the glass, but it was still awesome!

After the zoo we had dinner at this amazingly delicious Greek restaurant, Jake and Telly’s. Their pita bread and stuffed gyros were fantastic.

On Sunday, Gene, Lydia, and I went hiking at Red Rocks Canyon Open Space. Although we got lost a couple of times (the trails weren’t well marked in some areas), we made it back in 3 1/2 hours. There were some beautiful views and it’s a place I would go back to hike. During and throughout the hike we could see Garden of the Gods, Pikes Peak, and lovely red rocks.

On Monday, Lydia and I went to the Rocky Mountain Arsenal. We saw bison and deer but were disappointed in the landscape. We had thought there would be wetlands and forests and prairies, but it was mostly dry ground with bare trees. The first hike we went on we were surrounded by the remains of a fire. I’m not sure if it was a controlled fire or wild, but the land was black and bare. It smelled quite bad in many places. We moved on to a second trail near a pond which was better. We heard an eagle, saw some birds, and ended up finding the deer. Perhaps we just came at the wrong time of year for the plant life.

On Tuesday we went to the Capital before taking a tour of the Mint. You can go on a tour of the Capital for free, although we ended up walking around on our own for the most part. We  caught up with a tour group as they went up to the dome (as far as they would let us go) where we were greeted with great views of nearby Denver. It was neat to see where Colorado’s legislature works. The house wasn’t in session when we were there so we didn’t get to see any lawmaking in action. The Mint (another free tour, this one you have to reserve though) was interesting as well. I went with Elisabeth a couple of years ago and this time around we got a free penny!

Throughout Lydia’s visit here we went to Pinkberry, ate at a few restaurants, and played some games. She even bought us the board game, Pandemic, which I wanted ever since we played it back in November! It was a whirlwind four days but definitely fun. Now it’s back to checking emails, cleaning, and getting a bit of relaxation in too before my Spring Break officially ends. 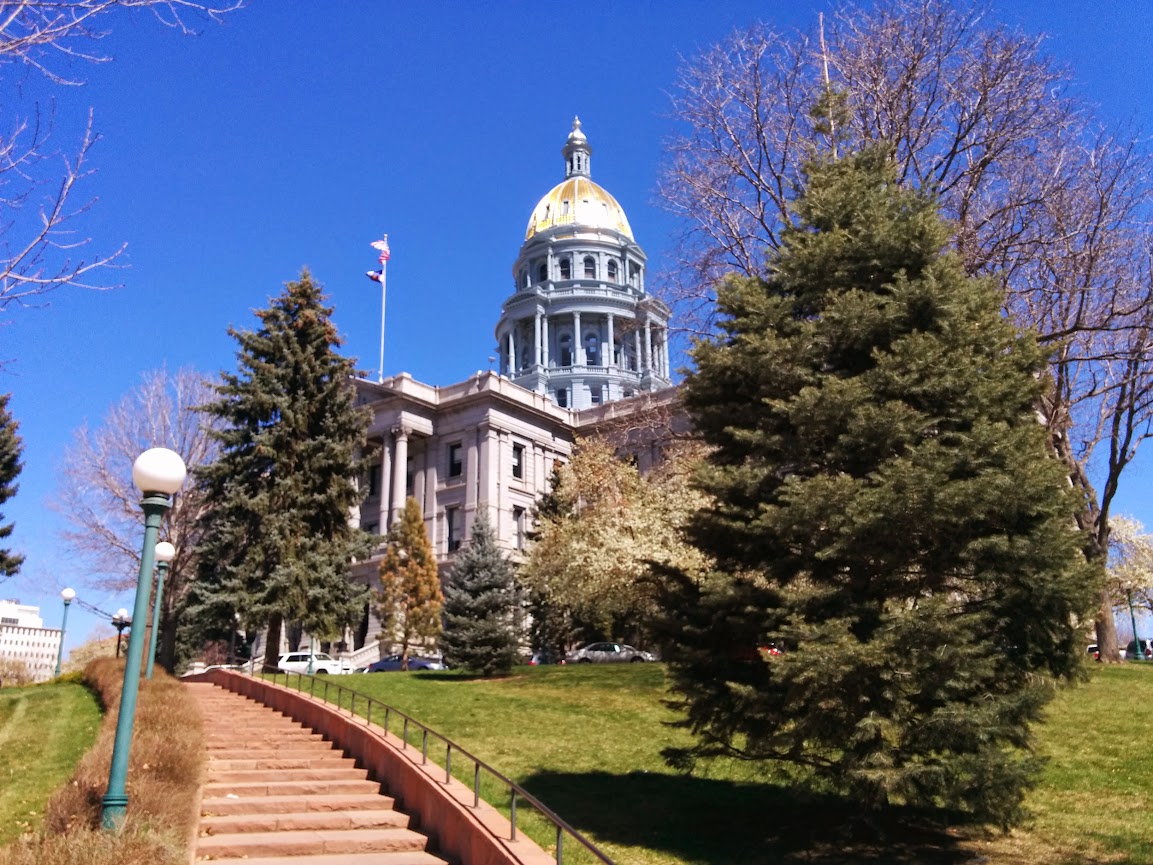