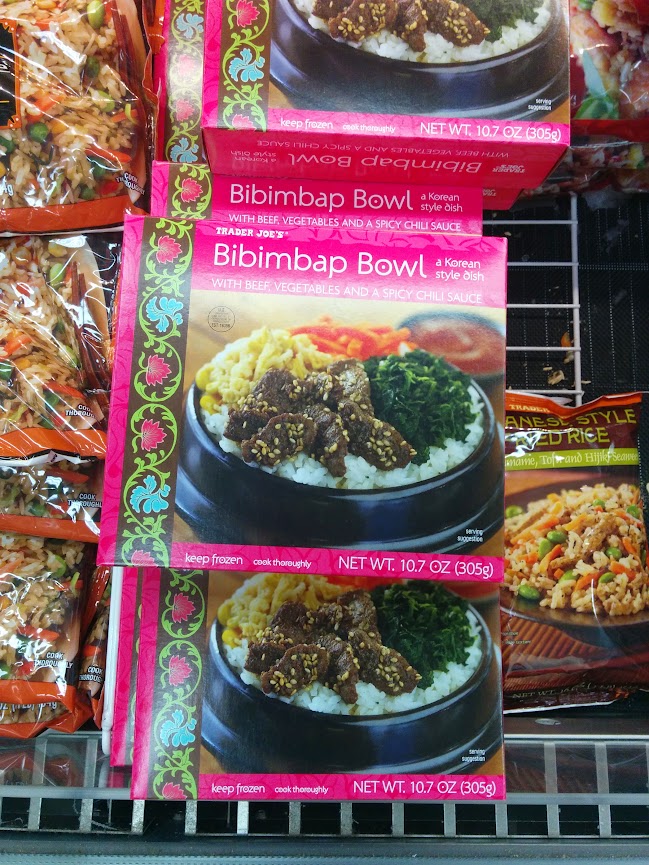 Earlier this week I got to go downtown for some training with work. It meant I got to leave a bit earlier than I normally do, which I love. Since I was only 10 minutes away from Gene’s work I swung by and picked him up from work. I stopped at Trader Joe’s first (which is almost right across the street from Gene’s work) and bought some goodies! I bought some squash raviloi, chocolate covered potato chips, and the must-have, polenta with carrots and spinach. I almost grabbed a box of the bibimbap bowl but wasn’t sure I’d have room in the freezer. I then figured that once Sidney moves back to the States she can make the real stuff for me! Still, if I see it next time I’m there I’ll probably try one.

Yesterday Gene and I looked at our first house to buy. It still feels a bit like a dream. The house was nice and we’re working on putting a bid on it. I don’t really want to give a lot of details but most likely, we’ll get outbid. That’s okay, we knew that was a risk and we’re not in such a rush to get a house that we want to way overbid. I think it’s a good experience and it’ll help us learn the process.

Today we saw Age of Ultron, the new Avengers movie. I enjoyed it and especially liked how some of the more minor characters were given just as much time as the major ones. We already know about Captain America, Thor, and Iron Man, so it was super awesome to get to know the other superheros. I hope the franchise keeps that up. Both Gene and I agree that there could be more women in the movies, though. Granted, that’s basically the case for almost any movie, especially an action/adventure one. And to be fair, as Gene said, the comic books of the past (which Hollywood is using to make these movies) were very sexist. Still, including more women in movies is a goal everyone should have. We can kick ass too (just look at the Black Widow).