Yesterday, Gene and I went down to the post office to pick up a package that Sidney had sent us all the way from Korea. I was excited to open it because she had sent one to Elisabeth and Elisabeth was talking about how great everything was. 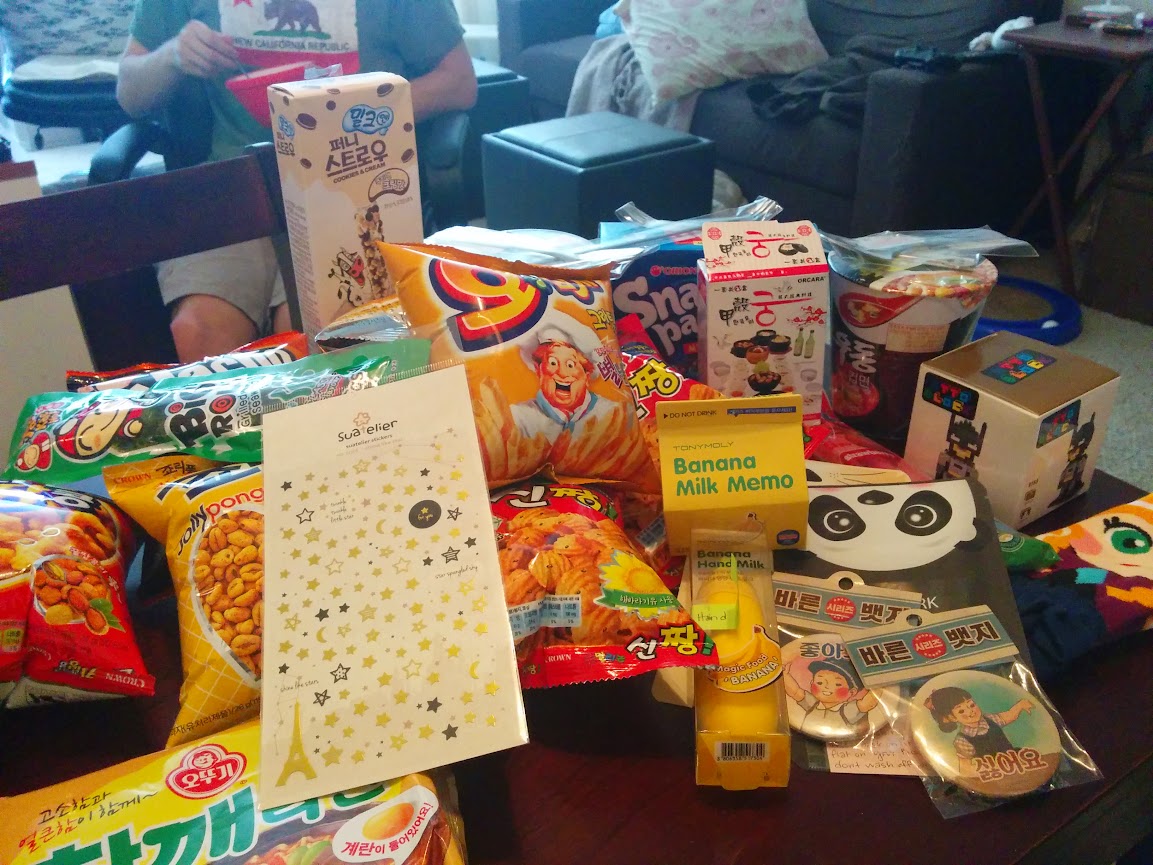 It was so much fun opening the box and seeing all the different things in there. That box was FULL!

We now have loads of different Korean snacks, including seaweed rolls, ramen, potato chips (that look like french fries kind of-I like them) and these delicious snack packs (one of which I’ve almost eaten entirely). Not only that but she sent over a lego kit to make Batman, really long, skinny forks, and lotion that is in a container shaped like a banana. It’s so awesome, the lotion even smells like bananas.

Sidney also sent over some buttons that we’re hoping to turn into magnets so we can see them all the time and a lovely pair of Ana (from Frozen) socks! Those may be my favorite thing in the whole box (although the face masks I got too are pretty enticing). There are also some REALLY cute stickers that I cannot wait to find something to stick them on.

I tell you, I think I should get care packages like this way more often! What a selfish thing to say, I suppose, but they’re so much fun to get. I think I’m going to have to send some off to my friends as well to share the happiness. Want a care package? I’ll try to get you one in the next two to three months (I don’t want to over promise). Tell me some stuff you’d like and I’ll see what I can do!