I made pancakes this morning for breakfast. Sidney had shared this link for a recipe of some delicious looking pancakes last night which meant I HAD to make some today. I made Bisquick ones because Gene wasn’t in love with the idea of thick pancakes. He thought it meant they would either end up burned or not cooked all the way. I figured I could make those another day then and made some easy ones.

They were tasty. That’s why I like Bisquick, you can make pancakes or biscuits (along with a myriad of other items) and they both taste delicious. And it’s super easy! Needless to say we had leftover pancakes, there was just no way that two people could have eaten all that was made. Next time I’m halving the recipe.

After breakfast, Gene and I went on a walk. We ended up going on a second walk later in the day too, I’d call that productive. We played some Wildstar where I got a carrot pet! Super excited because I’ve been wanting it ever since pets came out. I wish there was a way to name the pets and have it show up, perhaps in the next update.

For dinner, Gene and I met my parents at a burger place called Crave. I had heard of it about two years ago and had wanted to go (they have a burger where the bun is two doughnuts) so I was happy. I had a burger with fried cheese, avocado, candied bacon, and caramelized onions. That thing was great, I actually ate all of it, I’m a bit surprised. Gene had a burger where the bun was two grilled cheese sandwiches. Yeah, it’s that kind of place. We got milkshakes as well, which were amazing. I had the smore milkshake which included brownie chunks, marshmallow chunks, and hot fudge. Not to mention it came with a roasted whole marshmallow on top. OMG. 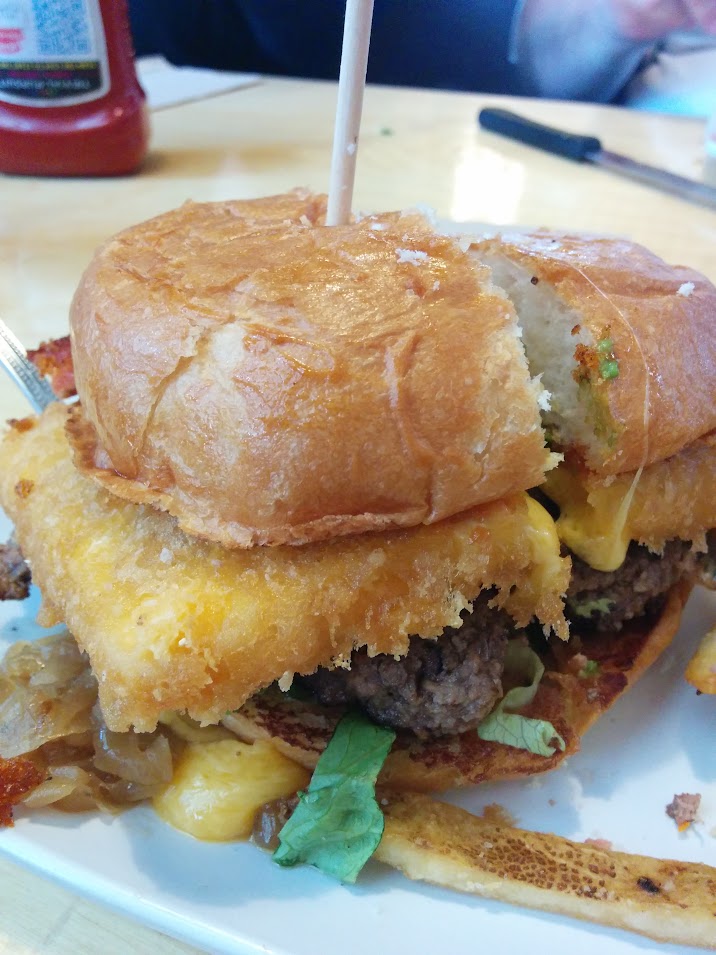 I am definitely full at the moment and can’t really think of eating any food for a while. Now I’m off to play a bit more Wildstar and chat with my friends.

Tomorrow I shall go see a play and then have dinner with my friend afterward, I’d say this is looking like a decent weekend.

4 thoughts on “Food and games”