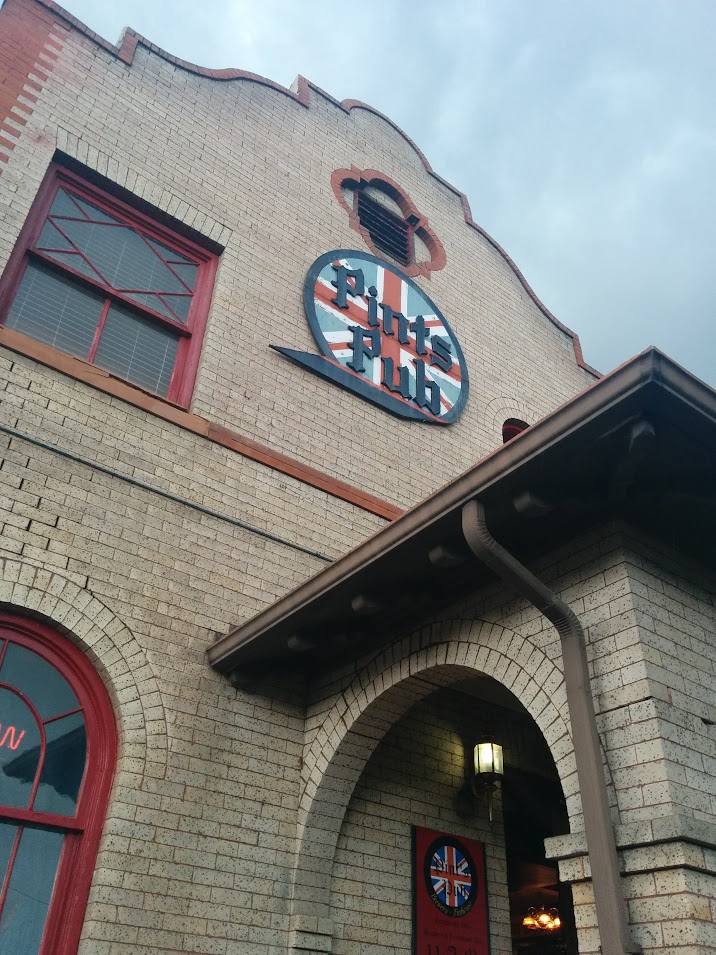 Yesterday I went to see Detroit, a play that my friend Dana helps run. The play revolves around two couples, one of which just moved next door. They interact, struggle with their lives, and meddle with one another. It was actually quite dark and the longer I think on it, the more odd and twisted it seems. I won’t spoil the story but drugs, alcohol, and plain unhappiness all played a part.

I’m not quite sure if I liked it or not. I thought I liked it when it was over but now it seems too serious and dark for me. I think it could have used more comedy to help lighten the heavy tone. I suppose the writer of the production  meant for it to be a look at the secrets suburbia keeps, but it was possibly a bit too much for me. The set design was amazing though, there was so much detail, I loved it.

After the play, Dana and I went to Pints Pub, a British pub in downtown Denver a few blocks away from the theater. We got some homemade potato chips, split a warm turkey sandwich, and shared a piece of amazing chocolate cake at the end. The food was delicious. Those potato chips were great, there was some kind of vinegar on them that just made the dish. The turkey sandwich had these delicious sauteed onions; add to that a small kick from the mustard and it was a great combination. And of course the chocolate cake was fantastic, the frosting was more of a fudge that made the whole thing. I need to go again to try some of their other offerings.

Dana also surprised me with some birthday and Christmas presents. Since she’s moving to Florida to work at Walt Disney World in less than a month she decided to give me presents early. How sweet. I got some lotion, soap, and a Doctor Who apron. So fun.