This is him yesterday trying to assess how to attack my foot. He may be two but he still has some kitten tendencies. He hasn’t completely stopped attacking feet but he is much calmer than he used to be. 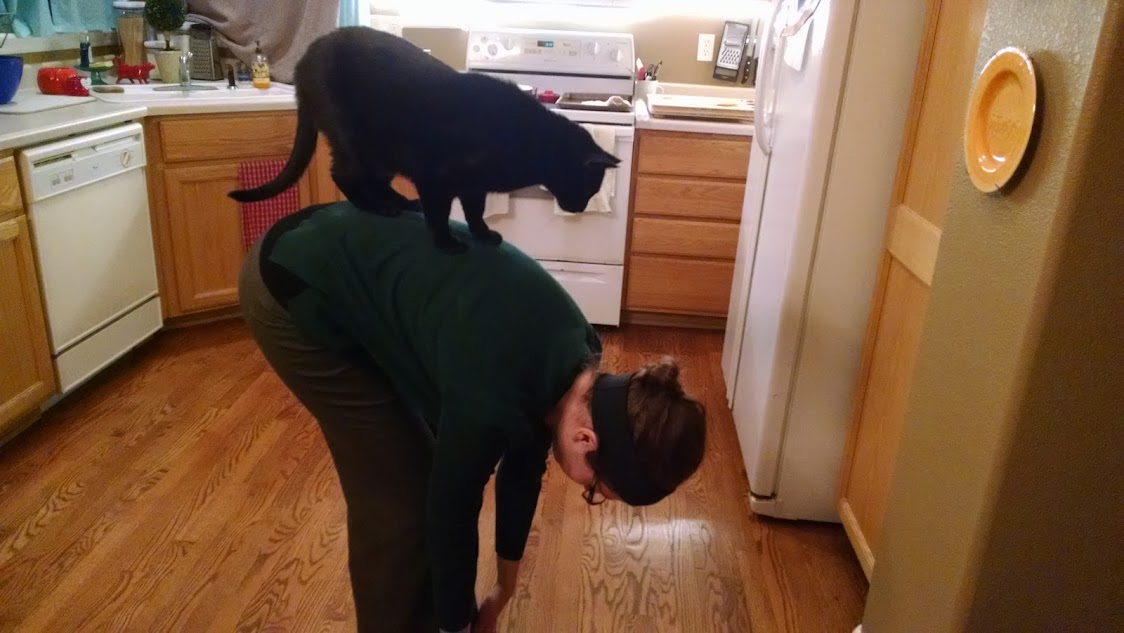 He’s basically trained now to jump up on our shoulders, which is fun. We give him treats when he does it when we ask. In the beginning he’d jump without asking, in hopes of getting treats, but we wouldn’t give it to him so he’s better about not jumping on his own now.

I love my little guy, he’s generally so sweet. And he FINALLY learned where the heated pad is and he lays there now throughout the evening.

He’s also doing better about not sleeping with me in the bedroom. He doesn’t meow every morning like he used to, it’s still a work in progress but he’s making headway.  Good job Pippin, you’re getting better and better as the months go on!

One thought on “Pippin is two!”