Last night was Colorado’s yearly Night at the Museum. This year, Sidney, Elisabeth, and I went to the Denver Museum of Nature and Science. I think it’s my favorite museum in Denver and I always enjoy going.

The museum, thanks to an artist that did many of the backgrounds in the animal exhibits, has little elfs hidden throughout it. They have a scavenger hunt paper that lists where elfs can be found so we grabbed it and tried our best to find as many as we could. My favorite find would have to be the elf in the dinosaur section.

I learned that bison are the largest land animals on our continent and can weigh almost 2,000 pounds. I also liked the Extreme Mammals exhibit where I learned that a mammal called the Shovel-tusker once existed on this planet (see below). (Picture thanks to this youtuber) 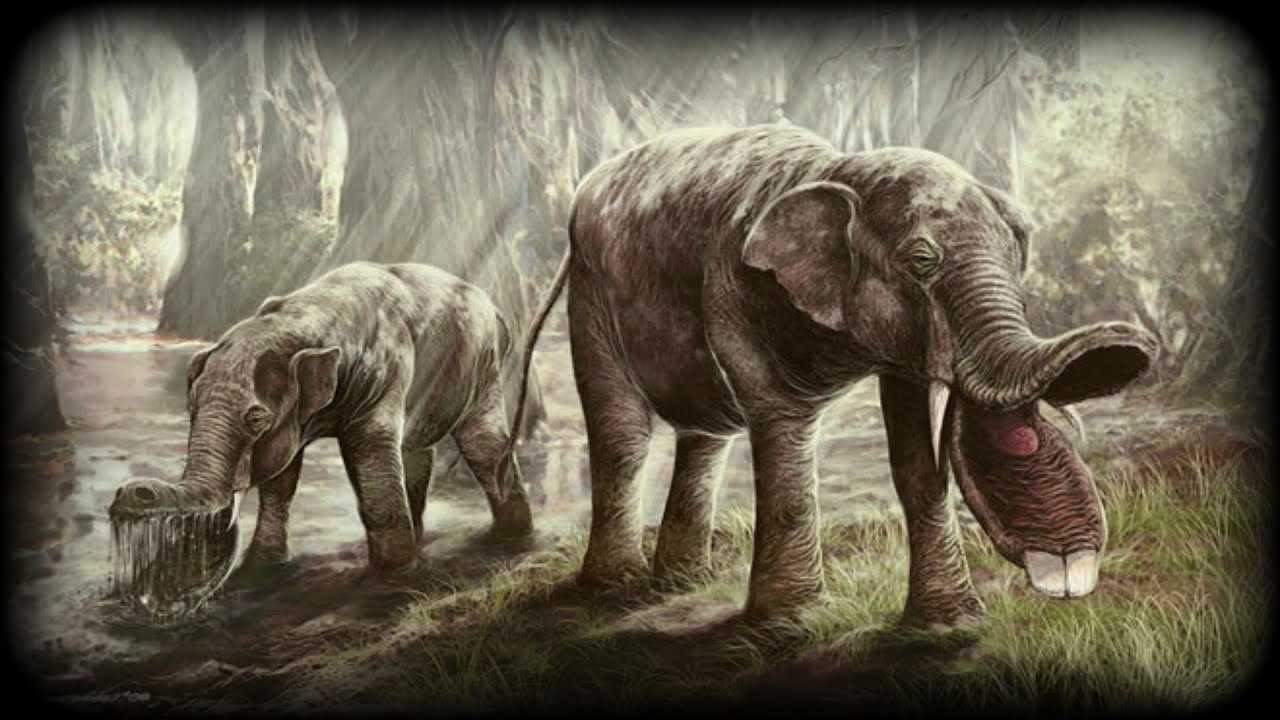 There were so many odd looking animals in that exhibit, it was so much fun because I was skeptical that it was going to be interesting but it really was. I was quite tired by that time (we had been in the museum for 4 hours) so I didn’t read very much. Maybe I’ll take Katie and Mitchell there when they visit this Christmas!

We visited the space exhibit, dinosaurs, the taxidermy animals, gems and minerals, health exhibit, and the extreme mammals exhibit all in 4 1/2 hours. We also made a stop at the gift store where Sidney and I each bought a poster (once I hang it up I’ll share it, it’s really really cool).

At the entrance of the space exhibit there are four screens that tell the story of earth’s creation,  it’s interesting and at the same time completely incomprehensible to me, I can’t really grasp how old our earth is. In front of the gems and minerals section is a giant petrified tree, where I learned that petrified trees aren’t actually wood, it’s minerals that took the place of the wood. I’m sure I learned that as a kid when I went to the Petrified National Forest but I had completely forgotten. Guess that’s a plus as I get older, I forget stuff so I can learn it all again and be just as fascinated.

Throughout the dinosaur and extreme mammal exhibits I kept saying how much I wanted to ride on all the huge creatures. Wouldn’t it be absolutely amazing and fun to be able to ride on a brachiosaurus dinosaur? Come on virtual reality, I’m ready for that dream to be possible. But until then, I’ll survive with sitting on a giant tortoise shell.

I had a great time and am so happy that we went.