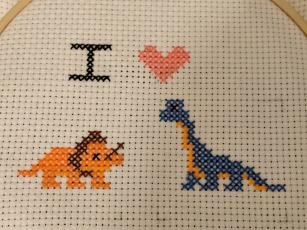 I got MLK day off yesterday so I spent it finishing up my cross stitch, doing all the chores, working on some creative tasks for myself, and watching Jumanji and Critical Role with Elisabeth.

The new Jumanji movie was so much fun. I remember enjoying the original movie when I was a child, so I was excited to see how this one compared. It was great. It was funny, entertaining, and had an awesome set of characters and cast. I loved how Jumanji was a video game instead of a board game – it was a twist to the original while still doing the spirit of the game justice. The way the movie interpreted a video game and expressed that through story was hilarious and on point. 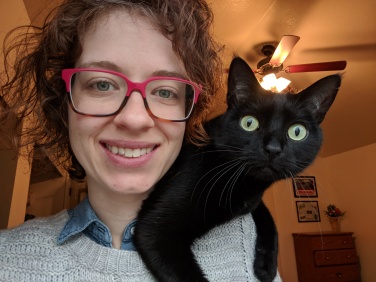 And who doesn’t love Dwayne “The Rock” Johnson, especially when he pokes fun at himself and seems to have a good time while doing it? There’s also Karen Gillan who kicks butt, Jack Black who is amazing at pretending to be a 17 year old girl, and Kevin Hart who drew the short end of the stick (both figuratively and literally) and still made it work.

I came out of that movie happy and surprised by how much I liked it. I would easily watch this movie again.