After getting into Madison we took a Lyft ride to our airbnb and that’s when the magic truly began. The airbnb was a wondrous place. It was just gorgeous. Deep blue walls, soft blankets, modern art and fixtures, and a small nook for eating (with an orchid on the table!). It was spotlessly clean and came with bagels and orange juice. Plus, there was a large TV WITH Netflix capabilities. Could not have been better. I “oohed” and “aahed” for a bit and then we walked over to a diner for dinner. Gene and I shared a toffee milkshake, which was amazing, and I got a delicious goat cheese, spinach, and caramelized onions burger which changed my life. This is a burger I will definitely recreate.

The next morning we rented a car, stopped at a store to grab some cheese, meat, and bread, and drove to Devil’s Lake State Park. The cheese selection was quite interesting, I recognized maybe two brands of the two cases of cheese. There was cheddar cheese made from goat and sheep, not just cow. There were cheeses I didn’t even recognize so we just grabbed something and went for it. Turned out to be sheep cheddar cheese.

Once in the state park we hiked around Devil’s Lake. It was interesting, because even though we gained elevation (only 500 feet) my heart was barely beating hard at all. It beats harder going up and down the stairs at work. Thank you elevation! The hike was the perfect length and there were lots of lovely views. We even got to watch a train pass right along the lake, which was cool.

After leaving the state park we made our way to the University of Wisconsin Arboretum, cause, you know, we didn’t’ get enough walking in that 4 mile hike. This place was awesome (and free). This large piece of land is used by the college to study different trees and restoration techniques. I liked it so much because I felt like I was travelling to Narnia or some other magical land. Mostly because the trees there were ones we don’t have in Colorado so I felt transported to another world. I also loved it because there were mushrooms all over the place! While I don’t actually know much about mushrooms, I’m obsessed with finding them on hikes and this was a gold mine. I could have wandered through this place for quite a while. 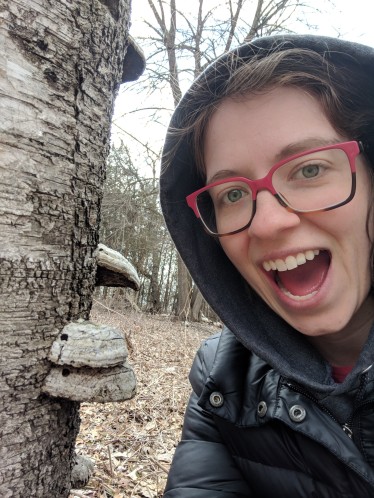 We drove into town for an evening stroll, walking down State Street, a street similar to 16th Street in Denver in that cars aren’t allowed on the street. I liked the street, there were loads of shops, restaurants, and cafes. While most places I had no desire to visit, I did get a smoothie at one cafe that I quite liked and I got some souvenirs for myself at a really cool store called Anthology. We also got ice cream off State Street another day. So there were clearly some businesses I thought were useful. The street runs into the capitol building on one end and the lake on the other, both really neat places to end up. I kept being surprised at how close the city was to the lake. There were streets that literally dead ended into the lake. It was very interesting.

We went back to the airbnb after that and found ourselves at a nearby deli for dinner. I got a hotdog on a pretzel bun and oh my gosh, this may have been the best hot dog I have had. The pretzel bun was exceptional as it was soft and just the right amount of chewiness. Gene liked his food too (fried fish) and we spent the rest of the evening happily at the airbnb, relaxing and watching The Good Place on Netflix. 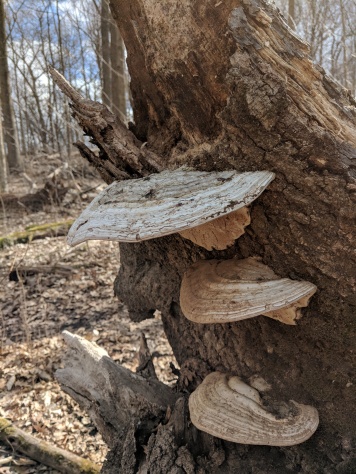