Gene and I went to Roxborough State Park this morning. Now that we have a state park pass I figured it was high time we went hiking there. We did a three mile hike because I wasn’t interested in doing anything longer and Gene was a sport and went along with me. The park is very pretty, red rock formations jut up between hills, and the hills themselves are comprised of colorful layers of rock. Most everything was green and there were a variety of wildflowers growing throughout. Not only did we get lovely views but the hike itself wasn’t strenuous, very small elevation gain meant we could go as fast as we wanted because we weren’t out of breath. Still, I went pretty slowly since it was only 3 miles – figured we could take our time. Much of the trail was open to the sun, which is less than ideal for me, but a hat and water helped me get through the hottest parts. I would love to come back in the fall and hike the 6 miles to the peak and back.

After the hike we stopped at Ghengis Grill, a Mongolian grill restaurant near Park Meadows. Gene had been craving that kind of place but there aren’t any near us. Good thing we were passing by the area. The food was decent, I don’t go to this kind of restaurant often enough to really know what I’m doing. And I never want to try out their suggested recipes because they generally don’t appeal to me. So while I did get plenty of meat this time and did a decent job piling on the vegetables, I probably should have gotten a different sauce than teriyaki, because the dish turned out sweeter than I would have liked. Still, it was good enough for me to eat most of it and take home the leftovers. 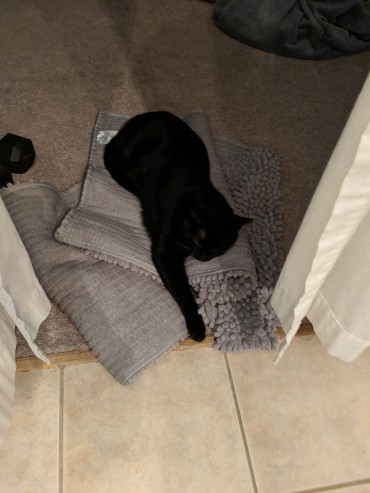 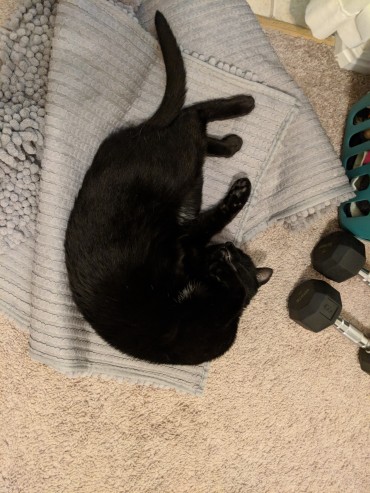 When we got home I dyed my hair – I’ve been wanting to for a while but my hair isn’t in the best condition so I stayed away. But I made the excuse that the shindig was coming so I could dye my hair this one time. I like how it turned out. Pippin kept me company through the whole thing and by keep me company I mean lie on the bath mats and look forlorn and adorable.

Happy Friday everyone, it’s time for the weekend!